It is only in the last few years I have ventured to make Christmas Pudding.  Christmas cakes were my specialty and the pudding was left to Mum.  These days Mum doesn’t make pudding anymore, and I don’t blame her.  Listen to the video below and you’ll understand why.

So there you have it, slow cooker Christmas Pudding is the answer to all your “pudding making dreams” (well it is for me anyway).  The result is as good as any other method and the benefits are huge – no pot-watching and no hot kitchen (although I know in some parts of the world this isn’t an issue).  Here’s the recipe I use – a lovely blend of citrus and spices really brings this pudding to life. Combine dried fruit, mixed peel and rum in a large bowl.  Cover and set aside overnight.

Choose a heatproof bowl or pudding basin of around 7-8 cup capacity that will fit in your slow cooker.  Alternatively use 2 smaller bowls.  Grease the bowl or basin with butter and line with microwave proof plastic wrap.

Note:  If you’d prefer not to use plastic wrap, grease the pudding basin really well with butter. Then sprinkle a thin layer of flour over the butter.

Cream butter, sugar and rinds together until light and fluffy.  Add eggs one at a time, beating well between additions.  Stir in soaked fruit.  Fold in sifted flour and baking powder, followed by spices and a pinch of salt.  Finally fold through the breadcrumbs.

Spoon the mixture into prepared bowl, leaving about 1cm from the top, and level with the back of a spoon.  Cover with foil, folding the edges down over the bowl. Puddings in metal bowls with 5 cup capacity (uses half of mix, no plastic lining).

Place into the slow cooker and pour in enough water to come two thirds of the way up the sides of the pudding bowl.  Put on the lid and cook on HIGH for 5-7 hours. The pudding can be turned out and served immediately or stored for Christmas Day.  To store the pudding, it should be allowed to cool completely, wrapped well and refrigerated for several weeks or frozen (it’s OK to leave the pudding in the bowl).

To reheat the pudding on Christmas Day, thaw (if necessary) and use one of the following methods:

Microwave – Cover the basin with microwave proof plastic film, or if it is a metallic basin, completely remove the pudding and wrap.  Microwave at 55% power (Medium) for around 5 minutes, or until pudding is hot.  It should be moist and steaming.  Alternatively heat single serves at 70% power in 1 minute bursts.

Slow Cooker – Place pudding bowl into slow cooker and pour in water as before (two thirds of the way up the sides).  Reheat on HIGH for 2-3 hours prior to serving, or on LOW for twice this time.

Serve the pudding with custard, whipped cream, brandy butter (my Mum’s favourite) or all three!

You might even find this method so easy you decide to make more than one pudding – like I did!

If you have any comments or questions regarding Christmas Pudding in the slow cooker, please leave them below.

Check out my recipe for Chocolate Orange Slow Cooker Christmas Pudding too!

Slow Cooker Baked Beans With Ham (And A Song) 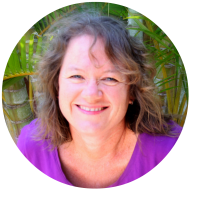